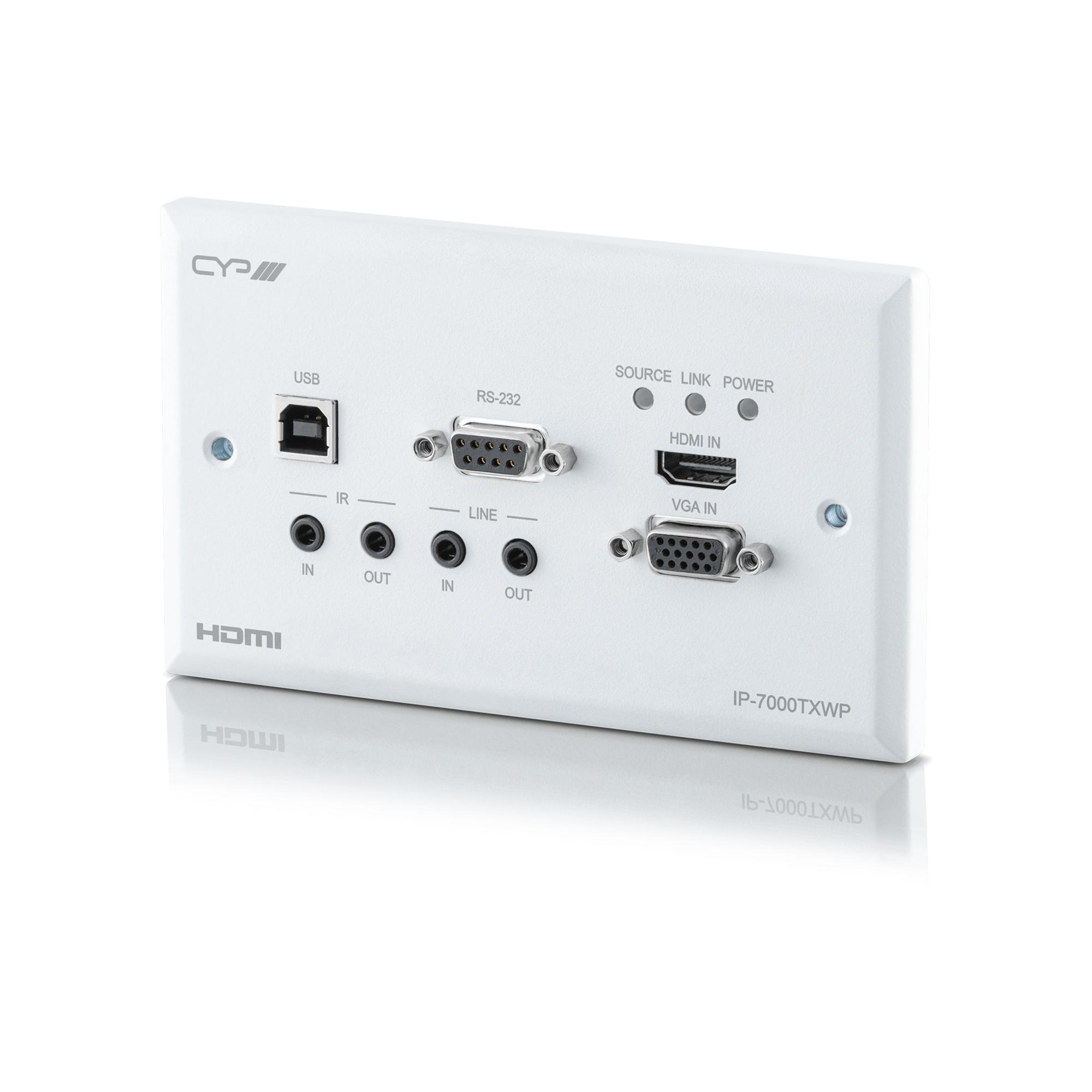 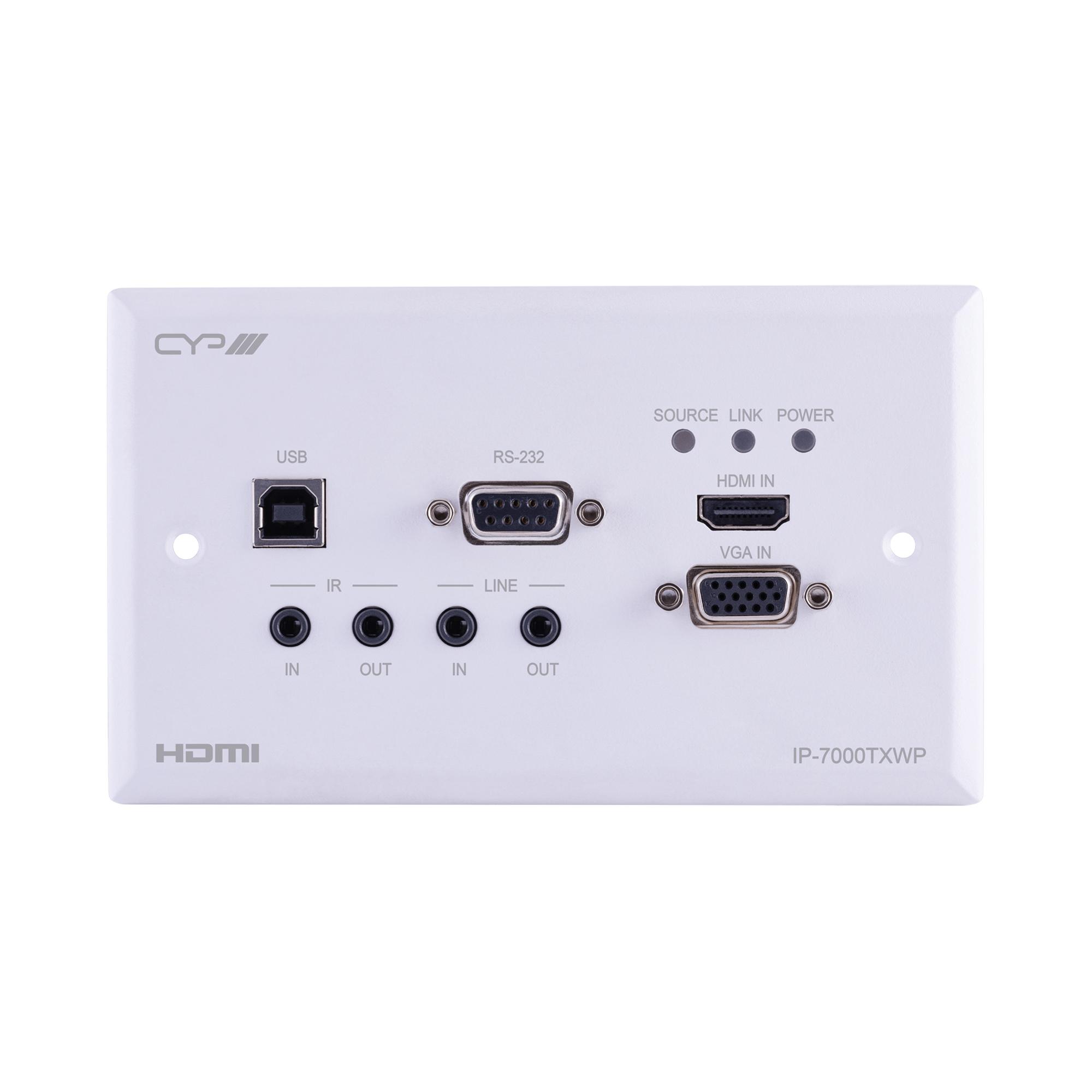 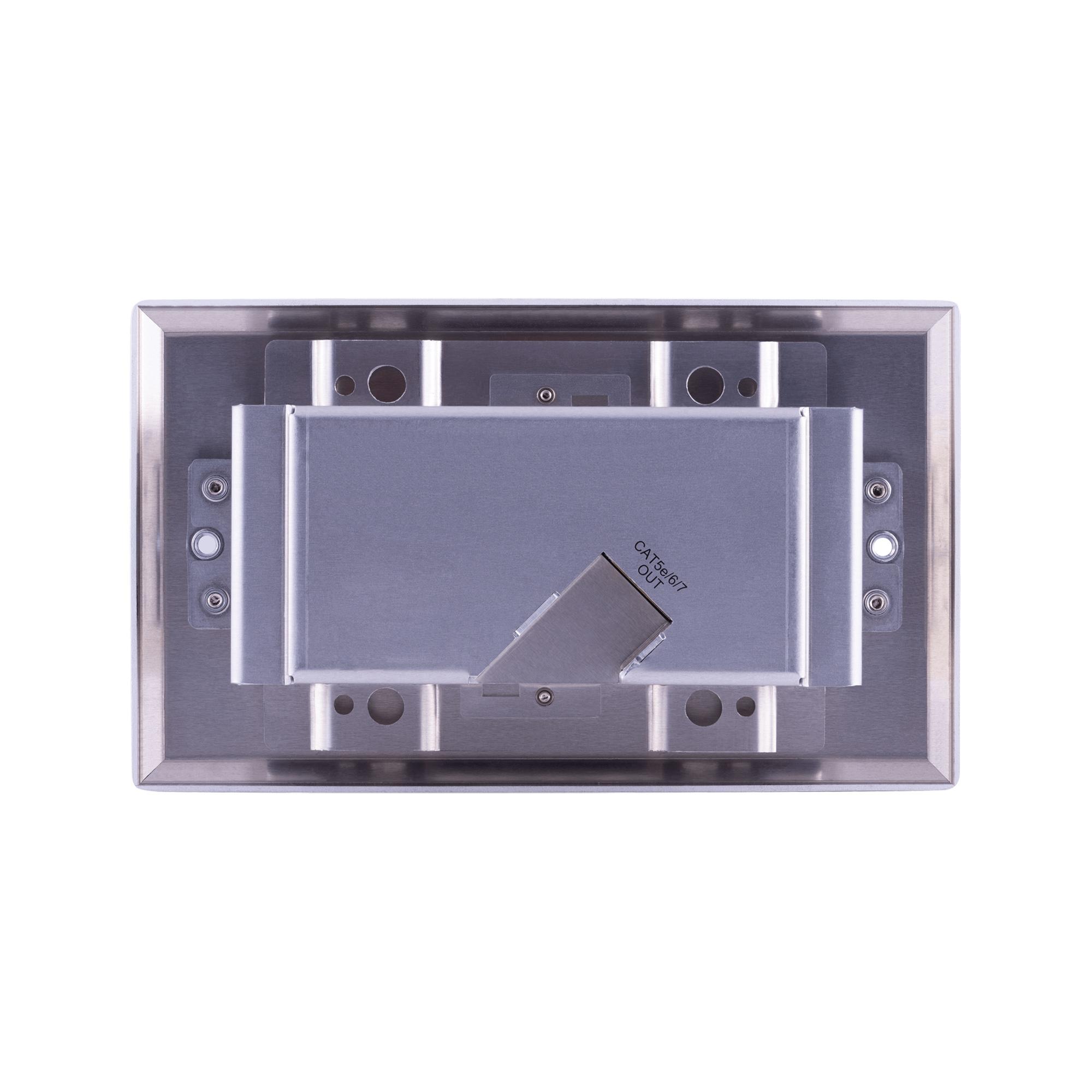 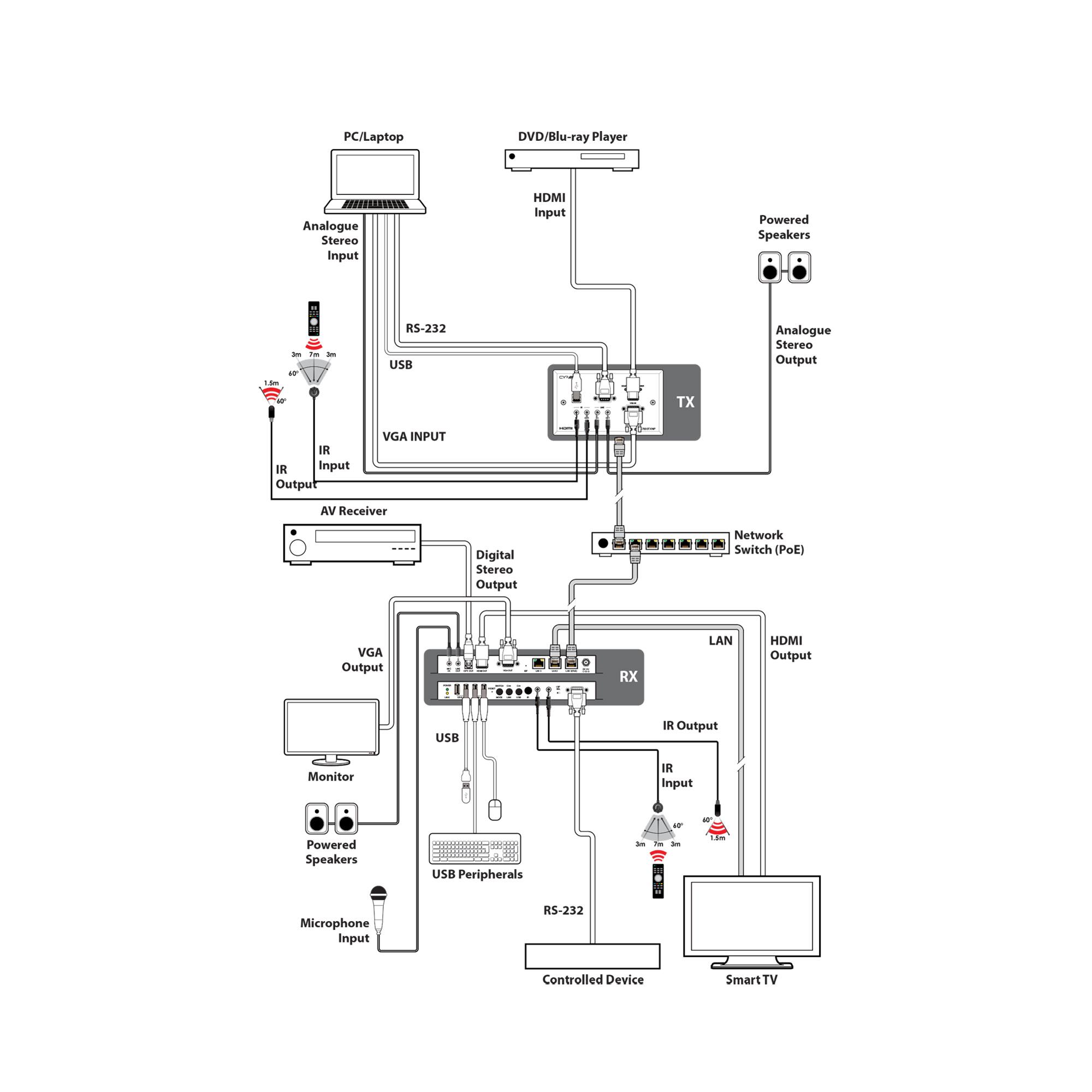 Hover over the image to zoom

The IP-7000 series allows installers to configure a unique signal distribution system via a dedicated IT Network Infrastructure. You are in control when deciding how many inputs and end-points you require from the system; whether it be one transmitter to many receivers or many to many, your possibilities are almost endless. Simplicity is at the core of the IP-7000 as both the transmitter and receiver support PoE.

This wall plate Transmitter adds flexibilty to the IP-7000 series by allowing a clean and simple wall mountable option.

The video and audio can be transmitted via an IP network for distances up to 100m through a single network switch. The transmission distance can be further extended up to 100m between network switches and supports Gigabit networks.

This system also features bi-directional IR pass-through, analogue line level in/out, and microphone input, providing the user with variety of audio options. The USB function allows the system to act like USB hub which, when combined with the VGA input/Output feature, allows the system to be used as a KVM switch. Adding extra devices allows the user to cascade the system enabling them to extend the transmission distance without signal loss or introducing delay.

Recommend to a friend 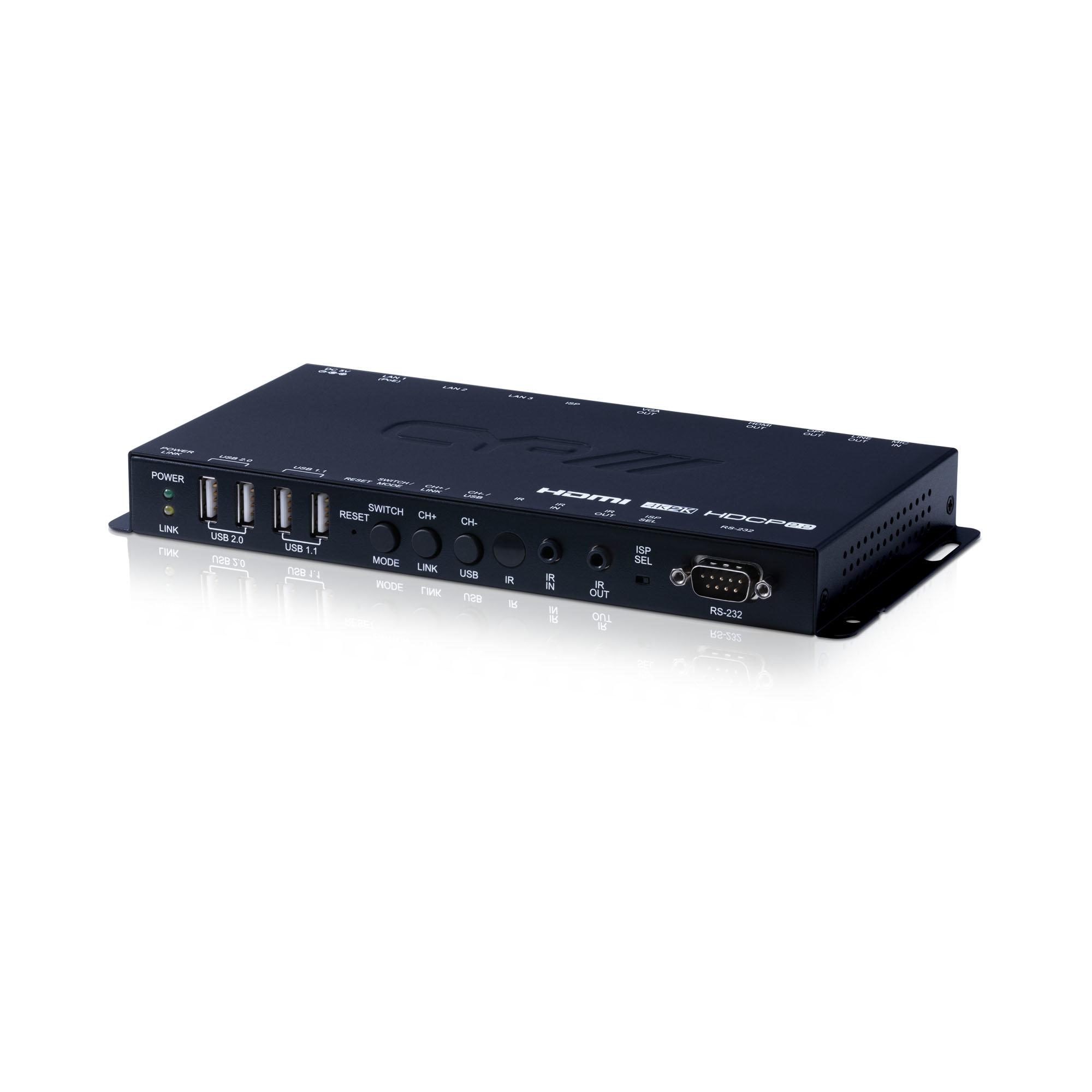